Welcome to AL Fuad Carpets Trading. the biggest and the best exclusive collection of handmade Persian Carpets in Dubai, UAE.

Every carpet is a blend of luxury, style and unmatched craftsmanship. Our collection is unique for its superior quality, vibrant colors and stylish designs.

Since we started selling carpets in UAE, we did our best to provide all kind of luxurious Persian Carpets in all size. We can show the carpets in your home and you can choose ( size, colors, design) of carpets. Check carpets clearing, washing and repairing services. Read also what do our customers say about AL Fuad Carpets Trading and Carpets Dealer products and service? 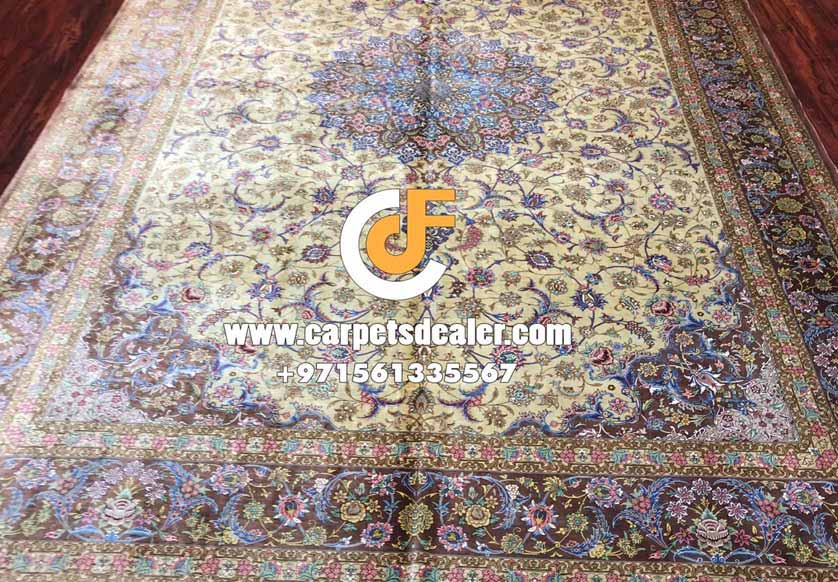 You will find AL Fuad Carpets Trading one of the best carpets dealers in Abu Dhabi UAE.

We are AL Fuad CARPETS & ANTIQUES TR. The best carpet company in the UAE. We are giving the best quality and good services. We have HANDMADE CARPETS,MACHINE CARPETS,HAND TUFFTED CARPETS,CARPETS TILES,OFFICE CARPETS. WE HAVE ALSO OFFICE CARPETS, AND MOSQUE CARPETS and all kinds of carpets. We do cleaning & repairing of handmade carpets. We also fixing and installation of carpets tiles. We can give customized carpets for machine-made also. We do pick up and door delivery services. Requesting an appointment to meet you, so that we can brief and explain about our carpet and services. Expecting your valuable confirmation and support.

The art of carpet weaving existed in Iran in ancient times, according to evidence and in the opinion of scientists. An example of such evidence is the 2500-year- old pazyryk carpet dating back to 500 B.C, during the Achaemenid period.
The first documented evidence on the existence of Persian carpets came from Chinese texts dating back to the Sassanid period (224-641 CE). 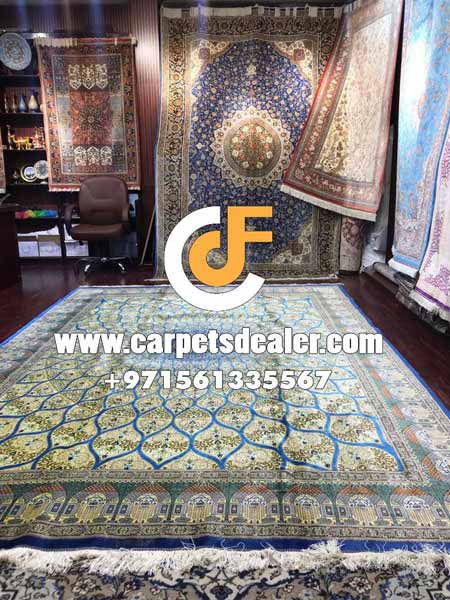 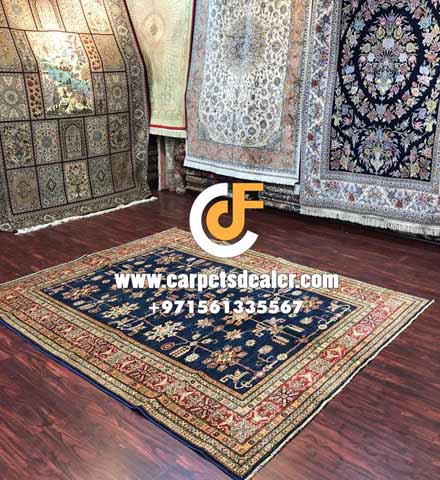 With the passage of time, the materials used in carpets, including wool, silk and cotton, decay therefore archaeologists are rarely able to make any particularly useful discoveries during archaeological excavations. What has remained from early times as evidence of carpet-weaving is nothing more than a few pieces of worn-out carpets. Such fragments do not help very much in recognizing the carpet-weaving characteristics of pre-Seljuk period (13th and 14th centuries AD) in Persia.


This art underwent many changes in various eras of the Iranian history to an extent that it passed an upward trend before the Islamic era until the Mongols invasion of Iran. After the invasion, the art began to grow a gain during the reign of the Mongol dynasties of Timurid and Ilkhanid.

In a unique archaeological excavation in 1949, the exceptional Pazyryk carpet was discovered among the ices of a Pazyryk valley,in Altai Mountains in Siberia. The carpet was found in the grave of a Scythian prince. Radiocarbon testing indicated that the Pazyryk carpet was woven in the 5th century BC. This carpet is 283 by 200 cm ( approximately 9,3 by 5.5 ft ) and has 36 symmetrical knots per cm2 (232 per inch2 ). The advanced weaving technique used in the Pazyryk carpet indicates a long history of evolution and experience in this art. Pazyryk carpet is considered as the oldest carpet in the world. Its central field is a deep red color and it has two wide borders, one depicting deer and other Persian horseman.


However, it is believe that the carpet from Pazyryk is not likely a nomadic product, but a product of the Achaemenid period.
Historical records show that the Achaemnian court of Cyrus the Great at pasargade was decked with magnificent. This was over 2500 years ago. Alexander II of Macedonia is said to have been dazzled by the carpets in the tomb area of Cyrus the Great at pasargade.
By the sixth century, Persian carpets of wool or silk were renowned in court circles throughout the region. The Baharestan (spring) carpet of khoserow I was made for the main audience hall of the Sesanians imperial palace at Ctesiphon in Sasanian province of Khvarvaran (nowadays Iraq) it was450 feet (140 m) long and 90 feet (27m) wide and depicted a formal garden. In 7th century CE with occupation of the Sasanian capital, Tuspawn, the Baharestan carpet was taken by the Arabis, Cut into small fragments and divided among the victorious soldiers as booty.
According to the historians, The famous Taqdis throne was covered with 30 special carpets representing 30 days of a month and four other carpets representing the four seasons of a year.

In the 8th century A.D Azarbijan province was among the largest centers of carpet and rough carpet (zioo) weaving in Iran. The province of Tabarestan, besides paying taxes, sent 600 carpets to the courts of calphs in Baghdad every year. At that time, the main items exported from that region were carpets, and small carpets for saying prayers. Furthermore, the carpets of khorassan, Sistan and Bukhara, because of their prominent designs and motifs were on high demands among purchases.

During the reigns of the Seljuque, carpet weaving was still a booming business so much so much so that a mosque built by Ghazan Khan in Tabriz, northwestern Iran, was covered with superb Persian carpets. Sheep were specially bred to produce fine wool for weaving carpets. Carpet designs depicted by miniature paintings belongs to the Timurid era lend proof to the development of the this industry at that time. There is also another miniature painting of that time available which depicts the process of carpet weaving.

During that era dyeing centers were set up next to carpet weaving looms.

There is much variety among classical Persian carpets of the 16th and 17th century. There are numerous sub-regions that contribute distinctive design to Persian carpets of this period such as Tabriz and Lavar Kerman. Common motifs include scrolling vine networks, arabesques, palmettes, cloud bands, medallions, and overlapping geometric compartments rather than animals and humans. Figural designs are particularly popular in the Iranian Market and are not nearly as common in carpets exported to the west.

Although carpet production is now mostly mechanized, traditional hand woven carpets are still widely found all around the world, and usually have higher prices than their machine woven counterparts due to them being an artistic presentation. Iran exported $517 million worth of hand woven carpets in 2002. There are an estimated population of 1.2 million weavers in Iran producing carpets for local markets as well as expert. In recent times Iranian carpets have come under fierce competition from other countries producing fakes of the original Iranian design as well as genuine cheaper substitutes. Most of the problems facing this traditional art is due to absence of patenting and branding the products as well as reduced quality of raw materials in the local market and the consistent loss of original design patterns. The absence of modern R&D, is causing in the size as well as market value of this art.

While the absence of modern R&D is affecting Persian carpet production, many businesses such as Torabi Carpet in Tehran are still thriving .

We Have Great Achivment To Show!!

Some Special Photos Of Nice Carpets 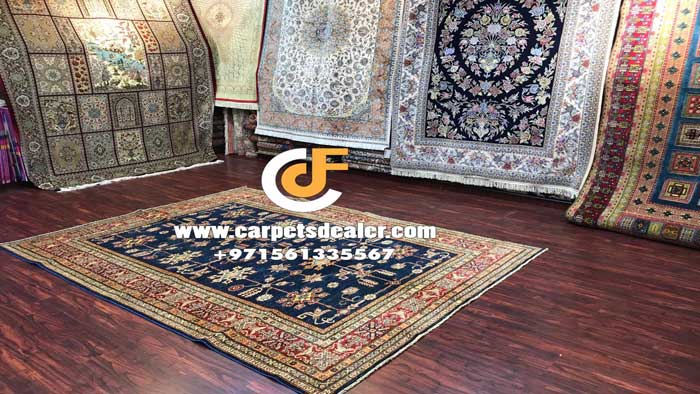 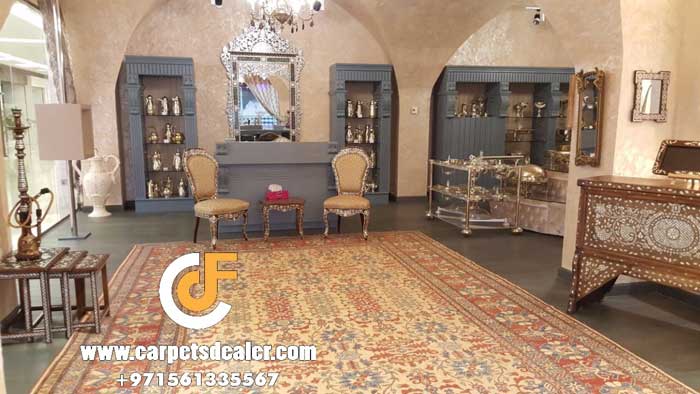 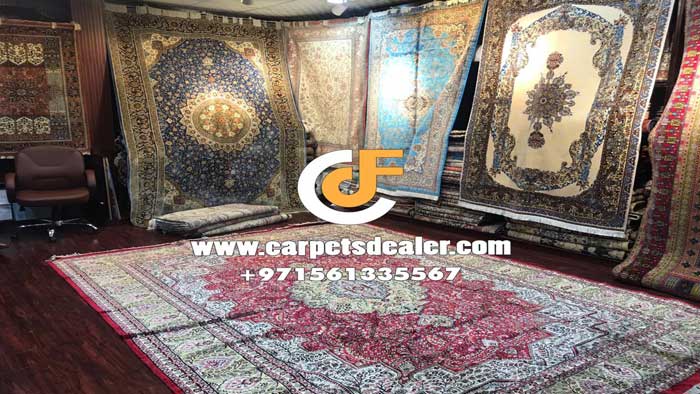 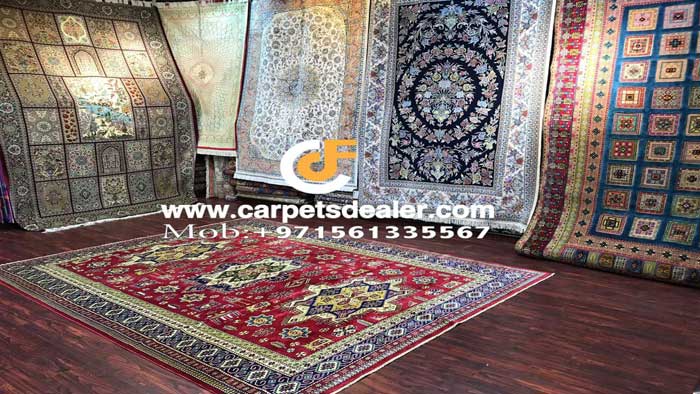 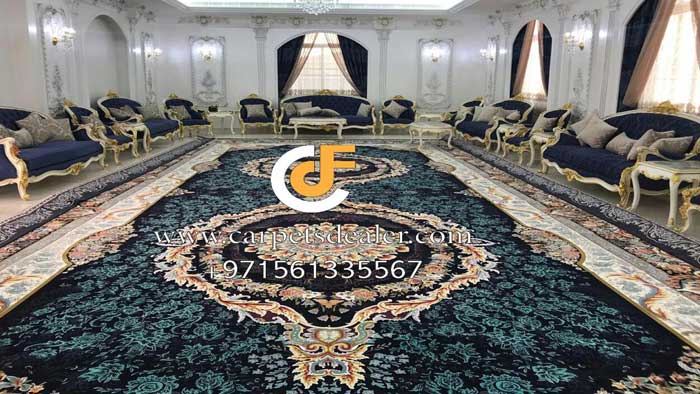 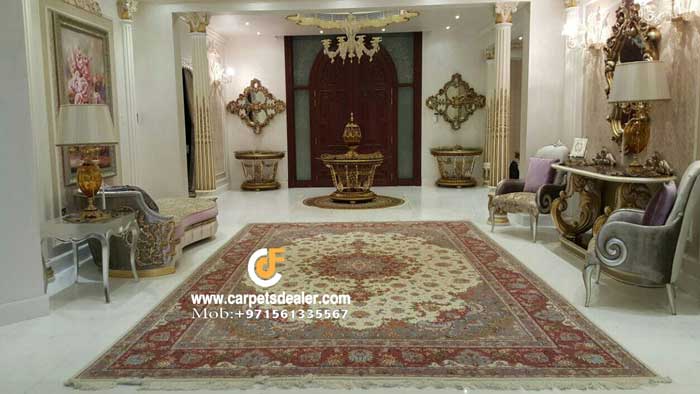 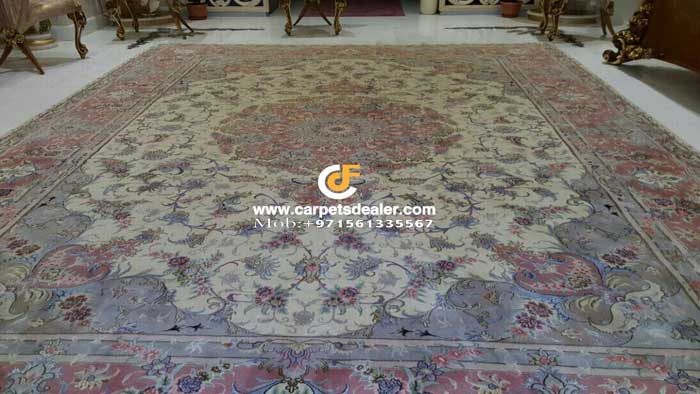 Beautiful carpets at competitive prices, and excellent service. My order was very professionally handled and Fuad was very helpful in assisting with every aspect of the process, including international courier to London. I would highly recommend this business.

Fuad is very knowledgeable and extremely professional. He spent a long time advising us about his carpets so that we could make the perfect choice for us. We are very impressed by the service and carpets and would always recommend him to anyone.

Exquisite selection and quality. Fuad is so professional and a delight to work with; so accommodating, and works to match your taste. Each carpet has a story to tell and Fuad expertly shares details of each carpet's history.

Fuad came to my home and helped me decide the size of the carpet I needed then he bought in many carpets to understand what I liked and wanted. I have bought four very beautiful and expensive carpets from him at a very fair price.
Fuad is the only person I would buy a carpet from, not to mention that he is a really great person too.

Fuad is very professional in his business conduct. He has an excellent range of carpets to offer, and is extremely knowledgeable. We are very impressed by the service and carpets and would always recommend him to anyone.

Fuad Carpets is an excellent company and provides top quality carpets and service. Totally recommends them. The staff are also very friendly and helpful.